A downloadable game for Windows

Kiwi 64 is a small hommage to that one 3D collect-a-thon platformer by that one UK gamedeveloper.

the mountain in the middle.

The music is part of Jay Moser's amazing album "Bear and Bird".

Want to get the full album? Get it here: http://jdmoser.bandcamp.com/releases

Feel free to support this game with a small donation if you enjoyed it. :) Thank you very much!

I made fan art. 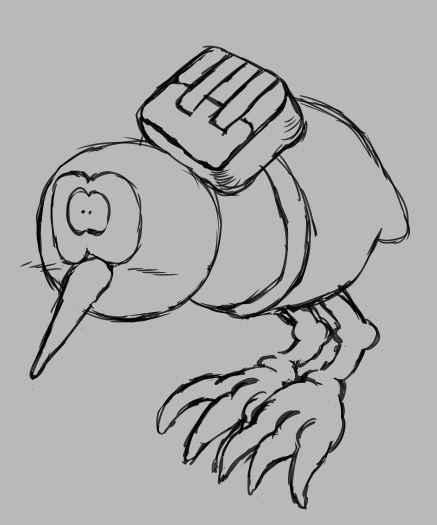 Oh this is absolutely adorable! <3 Thank you very, very much! <3

Already has. In Macbat 64 you can find it in the jungle level!

A classic that I keep coming back to every once in a while, love it!

Very nice and short game, i wish there was more enemies, the music was nice and the idea with other characters was also good. I made a video, if you guys wanna check out feel free.

Not only is the whole game a reference to the Banjo and Kazooie games but there is also a reference to Conker's Bad Fur Day.  Next to the Eel you can find a tail on a hook.

In Conker's Bad Fur Day, the tails are how you get an extra life.

I did a full run of this game

It was a fun venture.

I was also moved by that message in the credits

Oh I gotta play this, After Mac Bat and Toree 1 and 2 and the Gamejam, I have to get in on this.

this game is unbearably laggy

Have you tried playing it on your PC instead of a potato?

What are the keyboard & mouse defaults?

This was a nice throwback to the n64 days. I am currently planning on playing every title that you've developed.

Enjoyed the game a hell of a lot and it fit so nicely into my ridiculous games series. Your game is first and I would love if you gave it a watch. Impressive game honestly if a bit short but I didn't find all the secrets. Hope you enjoy the video

Hey, in juice galaxy where you said you were tripping that was heck, actually. I know this because I play juice galaxy all the time. :/

Reply
flakeiscute1 year ago
Posted The ending gameplay For the people That want to see How the Game ends.

is there anyway to play kiwi 65

Mate. I love these types of graphics.

Huh, I also did a full playthrough video on this, right below your comment. :)

I made a full playthrough on this game.

this is sort of like: "Catastrophe Crow! 64". It does look cool though,

I remember seeing this years ago, and as soon as I saw it I loved it. The N64/Banjo aesthetic is great, and it feels very nostalgic. The only downside I would say is that it's too short... I know it's meant to be short and sweet, but imagine how cool a longer, full-length version of this would be! Kiwi bird could be waddling throughout the many worlds, collecting kiwi fruits along the way to defeat the evil Melon King. There's something about Kiwi bird that gives him charm!

I loved this game! I am thinking of making a short story FPS experience in either a PS1 or N64 style. Abviously you prefer the N64 style. I was wondering if you think the N64 style would work for a FPS game or if PS1 would be better. Thanks! Any tips are appreciated!

Both work perfectly, depending on how you use them. :) Just check out some games like Golden Eye (N64) or the alien trilogy on PS1. With N64 you have more blurry textures and with PS1 more pixel perfect ones. Ultimately it really depends on the artstyle you are going for. For starters I would recommend N64, because blurry textures are way more forgiving in my opinion.

People seem to be more intersted in ps1 style games. Do you think there is an audience for a N64 style game like this?

Absolutley. However, the ps1 style is not that much harder so just try it :)

Hi! i was playing this game because i wanted to do a review on it, when i ended recording the footage, i was exploring for the 60th clef, but then i moved my camera at the wall, and i found a weird.. character? i don't know what that was, i just wanted to ask what was it? was it a enemy? an friendly NPC? i can't put the image here cuz it doesn't show it whatever i do, but the character looks like a giant shadow with a cat face and orange eyes

Hey, first of all: Thanks a lot for making about it! :)
That shadow thing is meant to look like the mascot of Ronnie James Dio. It was meant as a little tribute, but my modeling skills three years ago where even worse, than they are now haha. So bottom line: it is a really, really out strange tribute to a musician...

Oohh, thanks for explaining! i actually didn't think you would reply, and also, loved Kiwi 64 and Macbat 64 too  (づ｡◕‿‿◕｡)づ

Thank you very much! :D I hope I can one day make a third game as well :)

This was a short yet fun game! c: is there a way to play this on a gamepad? I'm also curious about the foxtail, eggplant, and whether the clam was joking or not of unlocking a mini game when collecting all the notes

Unfortunately no, there isn't. Back then I was lucky enough to even get something playable done. :D Foxtail is actually a squirrel tail and tribute to conker. Eggplant is a stop and swap joke. No, there is no Kiwi 65, because you can't collect 60 clefs, only 59 :)

ohh so it was intentional! I feel kind of silly not noticing the conker reference at first xD poor Kiwi (completed macbat 64 after playing this) I love the in-game joke included there

what program did u make this in

I just want to make it clear that I am not associated with the legend who made this awesome game but as a dev my self I can answer.

This game is very funny :)

Thank you very much. It would be cool to translate the game into korean, unfortunately I don't speak it and none of my friends does either :/

Hey, i want to make a YouTube video on this for my channel (klamalamakrazy) and I was just wondering, is the music copyrighted or can I use it?

No, the music is licenced (https://jdmoser.bandcamp.com/album/bear-and-bird). You can freely make a video about the game :)

Reply
Not Smelly Garbage2 years ago(+1)

I love it, also what's with the eggplant and foxtail?

Really fun to play. I guess it was intended to be like that(the 65 cart and eggplant). Really liked the world, reminded me of Pikmin. 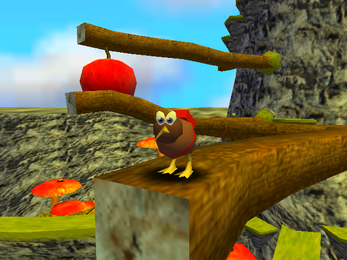 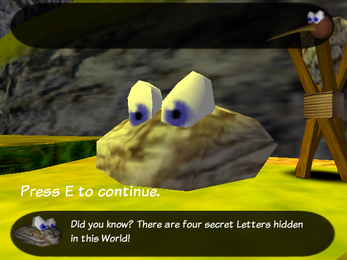 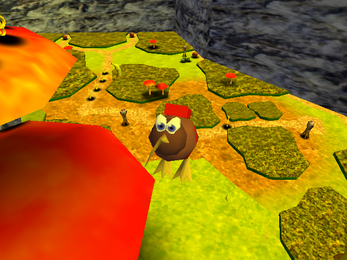 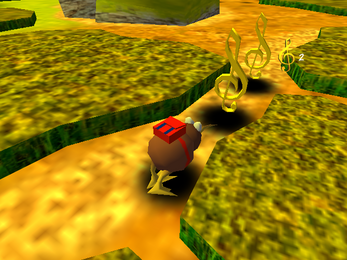 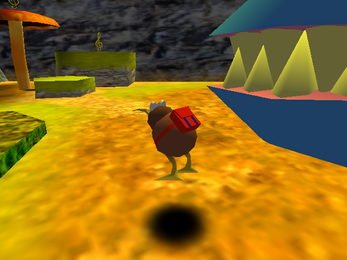