Lol wasn't expecting that at all!  Cheers!

This game is pretty Anime, I love the Intro and Ending scene, and those Graphics are top notch.

10/10 Number 15 Scary Ramen following me around the Place

I like the anime-style kind of concept in this game! The art style is kinda cute and cool too! I also love how you could just continue your progress no matter how many times you get caught by the enemy xD  One thing I would like to point out is that please fix the control as the walking control gets inverted halfway through the game and it is kind of hard to play. Otherwise, can't wait for episode 2!

This is so visually impressive, I adore the style you've chosen.

The bit of the game I played was fun, but I encountered some large bugs. My controls inverted when I threw a physics object down, before fixing it 5 minutes later after throwing another object at my feet.

The other bug that occurred was that the ramen got stuck, I could hear its footsteps near the bathroom stall, but it wasn't moving.

After putting all the batteries into the machine there was no indication of what to do, if anything, next.

However, despite these bugs, I really enjoyed exploring the small area, and it was an almost relaxing experience without the little rascal chasing me.

Thanks so much for your work!

This game is great! I've never seen a intro like that in a horror game before, I love the style, sounds effect, voice acting and the smooth gameplay! I'm looking forward for episode 2 :)

This game was amazing, such a cute and deadly monster! That intro was like nothing I've ever seen before in a horror game lol Cannot wait for more of this!

Wow, I remember playing the demo, and look how far you went ! this was an wesome experience and i'm glad you've continuted making this game

This is absolutely fantastic! And actually has some spoopy moments. Now I can play a game with 2 of my favorite things! Can't wait to see more keep up the good work :)

Thank you very much. Really appreciate it! :)

Thank you very much :)

Reply
xinRade105 days ago
I

I really enjoyed this fun little game, it's funny and love the style of it!

Thanks a lot :D

Reply
Call Me DNA105 days ago

Interesting idea but I wish there was more to the story and gameplay.

Will it ever be for mac

Yes, the final version of episode 1 will be on mac and linux as well.

How can ramen be dangerous you say? Well, when it comes up and bites you you'll know! In Tasty Ramen we get a fun adventure that may or may not have made me terribly sick to play...

A unique concept for a horror game, I'll definitely be playing episode 2! The footage was a bit fuzzy and I apologize for that, but future videos won't have the same problem. Keep up to good work!

Thank you very much! :) And no worries about the video quality, the game itself is pixelated after all! ;D

Dude this is the best indie ps1 game I ever played with a touch of anime. I am a big fan of anime . I wished there was more. when will the episode 2 come?

I made my 6th commentary video those who are watching my video please support me so that I can get the motivation to do commentary gameplays. I am a shy person I need your support to over come my shyness. Its an honor

Heya, thank you very much for your words. :) I really appreciate, that you overcame your shyness and made a video about the game. I Have been watching and liked your video when you first posted it. Episode 2 is hopefully coming out in october.

I really liked the game although I think dying could be a jump out at you a little more if you catch my drift. Other wise fun game! It didn’t really scare me that much accept one time but other wise I think it has a huge potential!

Thank you very much. :) Yes, the death animation is basically not implemented yet. It will come with the next update.

This is one of the most creative horror games that I have played on itch so far, amazing. The animation style resembles PS1 graphics so well. I did NOT expect that intro to the characters/game.. caught me so off guard, even hyped me up a little 💀 I enjoyed playing. The entire concept is highly intriguing to me, and I cannot wait to play the future episodes. Scared me at certain parts, made me laugh at others, and enjoyed it from start to finish. Only issue I had was one piece of dialogue came very late, other than that the game was 100% great. There was so much attention to detail. Allowing almost every object to be interactive, seeing cherry blossom petals fall, the train running in the background. The music was nice to play with in the background as well. Very well done!

Oh wow, thank you very much for the kind words. :) I really, really appreciate it. I hope you are going to enjoy the future episodes as much as you enjoyed this first one.

Great Job DEV! This is the type of creativity we need in 2020! Assume SAUCE Teehee : )

Haha, thank you very much! :D

Reply
bubblygum108 days ago
omg i loved this game! when the intro came in and the tiny dude was like "....miso...." i was sitting in front of my monitor like:
Reply
SnickerDudeAl108 days ago

Thanks. :) I take only 50% responsibility for making you hungry though. :D

When I played the Demo version of this game I knew that this game would be good, and I was right! The game is awesome, 10 out of 10!

Here's  a video I made

Wow, thank you very much! :) Hope you are going to enjoy episode 2.

Wow I am so glad to be back playing this one, the update kicks ass and the music really set the tone for some fun times. Can't wait for the next episode!!

PS I made another video I wanted to share:

Haha, thank you so much! :D I really appreciate it! :)

STAY AWAY FROM MAH NOODLES DEMON RAMEN! this was probably one of the best games i played on itchio on how funny it was and can't wait for episode 2! good job

Thanks a lot! :D Hope you will enjoy episode 2 as well.

I gladly give this game five stars,  it's worth the hype and definitely a masterpiece on its own.   The style reminds me of Megaman Legends, concerning the art style and it has a very nice feel to it.

Once the next episode releases, i'll be playing that too. <3 Love the intro!

Thank you  very, very much! :) I really appreciate it. Mega Man legends was a big inspiration for the artstyle. :D

Oooh, You could add a reference to Mega Man Legends into the next episode or one of them!  The theme to that little shopping center near the beginning of the first game!  That would be a wonderful reference!

Five star game! had some control issues (hard to walk and look at the same time), but nothing major. Adorably scary, but super fun! I'd definitely recommend playing!

No problem! We can't wait for episode 2! 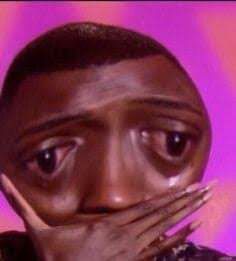 I can't finish a game, but I just had to try this one out after playing the demo! I love cute horror games, and it was fun even though I get scared easily lol. If you wan't you can see more of what I thought of the game. One day I shall finish it, until then I can't wait to see more of what you come up with!

I am glad that you did try it out after all and enjoyed it. :) Thank you. I hope I can give you a similar feeling with future projects.

No problem! And I can't wait to see what you come up with next!

I NEED MORE OF THIS GAME NOW PLEASE! Lol it was so good and i cant wait for more!! ALSO i did a little thing with the end song so if you watch it i hope you can enjoy that! HIGHLY RECOMMEND THIS GAME!

Haha perfect, you really felt the music in your editing, didn't you? :D Thanks a lot for this, and thank you very much for the enthusiastic and kind words! <3 Really appreciate it.

haha thank you, I really really felt the music 😂 And honestly, thank you for making such an awesome game, I will 100% be keeping up to date with the next episodes :D please please make more :D

This game was funny in a way that made me think that you are not trying to be funny LOL. I had a bug at one point which was a little bit disappointing but its ok. Here is my pretty funny gameplay:

Thanks a lot for the video! :)

I loved this game, I played the haunted ps1 demo a while back and thought it was adorable and then this played this version and it blew me away. I'm so impressed, I can't wait for more and also...I love the music. Here's also a quick video I did on it!

Thanks a lot. Really appreciate the kind words, and glad you enjoyed it! :)

Honestly I was highly impressed this game was super fun and intuitive.  I can't wait for EPISODE 2! I love RAMEN

You danced to the opening? Yeah, man! <3 Super glad you enjoyed it this much! :D Thanks for the video.

Reply
GripCity Gaming112 days ago
This has to be nominated for one of the best indie games of 2020. The voice acting is on point, high quality visuals, really good gameplay, and great story to boot. I highly recommend this one to everyone, especially if you're a DBZ or anime fan!
Reply
Siactro109 days ago

Hahaha thank you so much! <3 Especially for the "really good gameplay" :D

Absolutely loving it, I need to find the right time to play it cause things that chase me scare me a lot, despite them being cute food! You absolutely nailed that psx-tron bonny like aesthetics and feeling and crafted everything together carefully! And it's about food! Love it!

Hahaha I totally get you. :D I am usually really bad with chasing things as well. Also jumpscares that make loud noises (there are non in here, so no worries). Thank you very much, I really appreciate it. :)